Crude Spreads and What They Imply for the Future

How is Crude Priced?

Crude from Texas is likely going to be different than crude oil from Malaysia. They will have different gravities, impurities, and even distances to trading hubs. This is what makes it difficult to come up with one universal price for a barrel of oil. If that was the case, some countries would be able to produce oil at a much higher profit than others leading to decreased competitiveness in global markets. This is the reason crude trades under many different benchmarks. 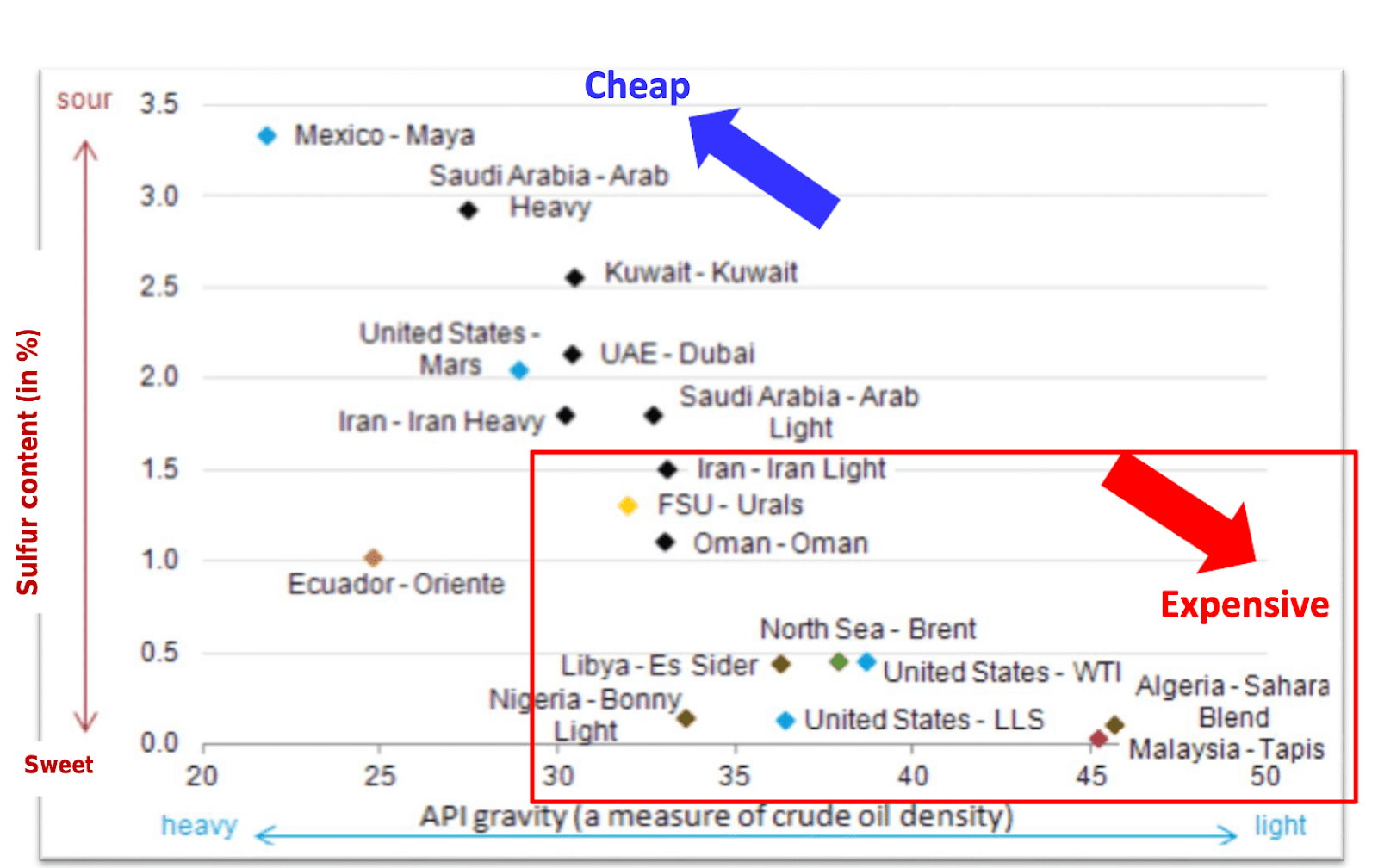 The price differences between these benchmarks and markers are known as ”spreads.” There is a spread between oil in Louisiana and Oklahoma. There can also be a spread between WTI and Brent, which happens to be the most popular and the focus of this article.

What do Spreads Indicate?

The WTI/Brent spread is primarily driven by 4 factors:

The spreads tend to dictate what international players will buy. Typically, Brent oil is heavily sought after by Europe despite it being more expensive than WTI. By the time oil from the US is loaded onto tankers and stored until it is used, the cost goes up and makes it the less competitive option. That being said, it is not impossible for the price difference between WTI and Brent to become so small that it is actually cheaper to import the US’s WTI, even if you are on the opposite side of the world. Historically, this sweet spot is at about $4. Markets would expect increased consumption of US oil if WTI was $86 a barrel and Brent was only $89. This has the added effect of causing the US to rely more on its own oil and work through domestic reserves.

What Does the Future Hold?

This week’s spreads have grown incredibly tight as a result of many factors. Right now the two biggest things causing prices to fluctuate are the omicron bounceback (leading to increased consumption) and the border crisis in Ukraine (causing concern for Europe’s energy security). Price action in the recent week has caused Brent to fall almost 2 dollars since Monday while WTI is holding steady.

The results of 2020 have pushed WTI and Brent prices very close together for a sustained period of time. The average difference lies somewhere in the area of $3, but it is possible for the two to temporarily flip. While this does happen, it is usually infrequent. As of late, it has been more of a frequent occurrence. The low spread for February 2, 2022 was -$0.56 indicating that for some period of time WTI was actually cheaper than Brent before shipping.

In 2022 alone, the average closing spread is just under $2.44. Should any geopolitical factors shock the price of either commodity, we may see a huge sell-off of domestic inventories. As world leaders and countries voice their commitment to supporting a green transition, the world is not in a place to quickly replace any diminished reserved, so the price of oil could be pushed even higher from a fundamentals perspective.

At the end of the day, nothing is guaranteed. All RARE PETRO is trying to highlight is the fact that oil commodities have been experiencing tons of pressure in many different directions since 2020 and this pressure cooker just may be ready to blow. Still, things might blow over until later this year, or even later this decade, but oil is sure to have a bull run in that time frame.