The Cost of Sand Has Spiked 150% in Texas

The oil taps have been turned back on now that the economy is recovering from the pandemic and the world is suffering from high oil demand. Supply chain issues are what plague the industry now, one product in particular being frac sand in the Permian Basin. The cost for a ton of sand has increased from $22 to $55 in the past several months. Most of the sand is being shipped over 100 miles to get to its destination, some operators bringing sand from as far as Wisconsin even. A start-up sand mining company in Texas is looking to make the sand that is already in the Permian economically viable to mine and deliver to operators just a dozen or so miles away, helping to match the demand and supply for the frac sand.

The EPA is looking to declare the Permian Basin to be in a state of non-attainment due to ozone regulations and climate change goals. Members of congress from New Mexico and Texas are pushing back on the proposed new regulations on the grounds that the EPA is using backdoor rulemaking. Congressman Pfluger has been quoted as saying “President Biden’s policies are transforming the EPA into a club to bludgeon the fossil fuel industry.” Other states such as West Virginia have also had trouble with EPA regulatory overreach involving oil and gas production, an industry that is vital to the state’s survival.

The Permian Basin continues to heat up as more and more land is bought up, particularly on the New Mexico side of the border. Earthstone Energy recently announced the acquisition of all the assets owned by Titus Oil and Gas Production for about $627 million. Sitio Royalties also spent a few hundred million, $550 million to be exact, to grow its footprint in the Permian. Many companies are following the trend of selling assets outside of Texas and New Mexico to consolidate their portfolio on what is the most productive oil basin in the country.

Texas energy prices follow the ebb and flow of the price of natural gas, a commodity that has more than doubled since the Russian invasion of Ukraine. Many Texans are paying 50% more for electricity than they were this time last year, and worry about the coming winter, when prices typically rise even higher. Demand for gas abroad is ever growing and Texas is helping to meet that demand by exporting more than they ever have before. Those living in Texas are wondering why they are left paying a premium for their electricity while at the same time the state is exporting so much natural gas. 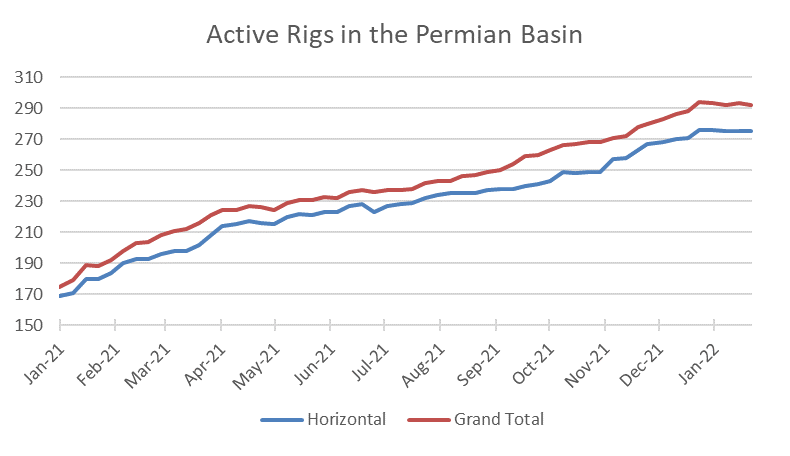